Gasco, being both a combustion and heat transfer company, is uniquely placed to achieve the best possible outcomes with respect to high thermal efficiencies, low emission, reliable operation and state-of-the-art Burner Management Systems (BMS) to NFPA, IEC and other codes.

To increase efficiency, preheating of combustion air can be achieved by adding a variety of air preheater exchangers.

A typical API 560 Fired Heater would consist of a:

With the demand for ever increasing safety and reliability levels Gasco can design and supply BMS to IEC 61508 Programmable Electronic Safety Systems. We can also provide a basic hard wired system up to SIL 3.

Gasco convective heaters rely on forced convection heating only, are compact and can achieve thermal efficiency of 90per cent using convective heat transfer. 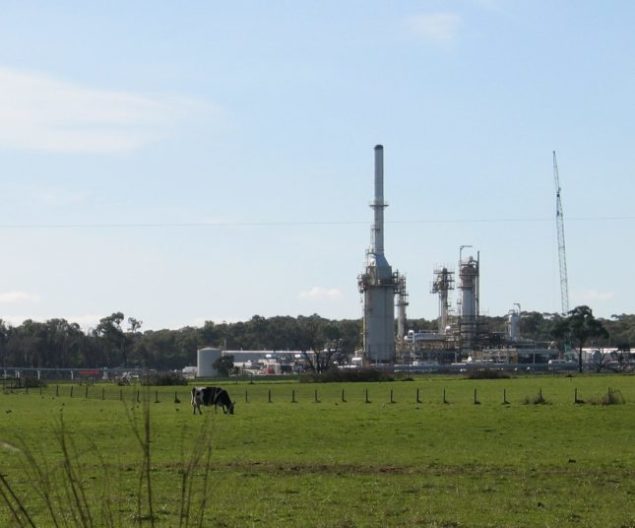 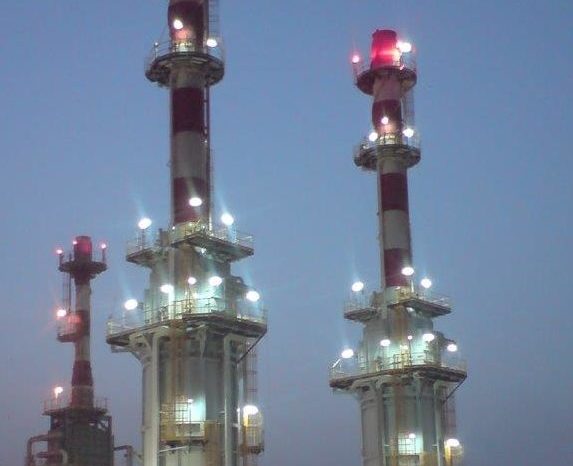 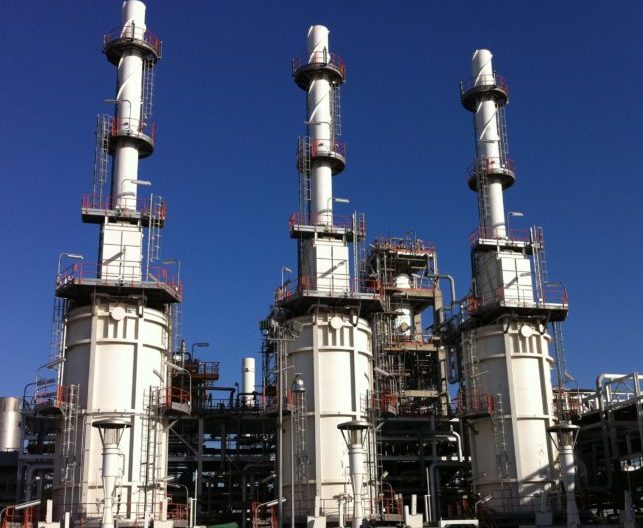 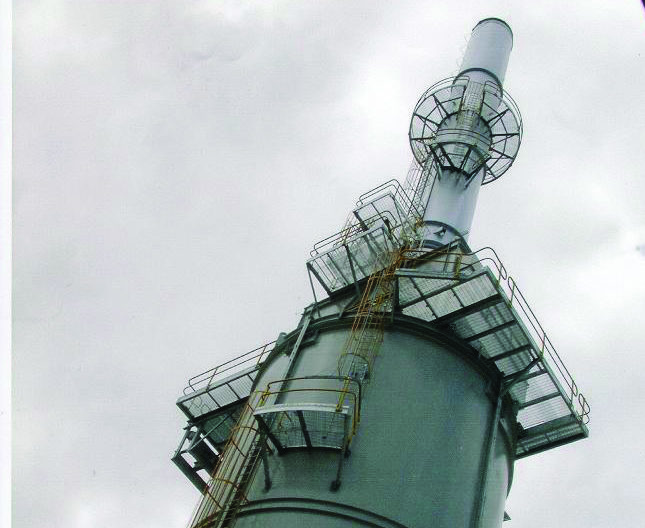 A water bath heater works by submersing a process coil into a heated bath solution, which then indirectly heats the process liquids and gasses to create energy.

For this reason, heating with a Water Bath Heater is commonly applied before pressure reduction of natural gas.

Heating of gas before gas engines in turbines is another application to avoid liquids and aerosols being injected into engines and turbines.

Another application is heating of high sulphur gas to avoid elemental sulphur deposition at regulator stations and in final engine/turbine pressure cuts.

Water Bath Heaters can also be used for heating: One of today’s most widely accepted air pollution control technologies across industry is a regenerative thermal oxidizer, commonly referred to as a RTO.

They are very versatile and extremely efficient – heat recovery efficiency can reach 95%. This is achieved through the storage of heat by ceramic media. In some applications, the use of catalyst with the ceramic media helps allow oxidation at reduced temperatures resulting in even lower operating costs. Regenerative Thermal Oxidizers are ideal in low VOC concentrations and during long continuous operations. 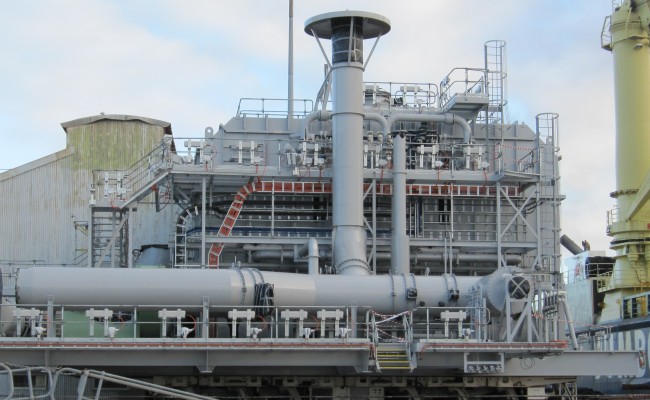 Thermal Oxidiser’s (also known as thermal oxidizer, or thermal incinerator) are a process unit for air pollution control in many chemical plants that decomposes hazardous gases at a high temperature and releases them into the atmosphere.

Thermal Oxidisers are a class of pollution control devices that use the combustion process to destroy hydrocarbons, volatile organic compounds (VOC), Hydrogen Sulphide, and other compounds as well as smoke particles and odour, hence they are sometimes called afterburners, fume incinerators or tail gas incinerators.

Features of our Thermal Oxidisers are their robust performance, ability to operate at high thermal efficiency and achieve up to >99.99 per cent destruction efficiency.

Gasco Thermal Oxidisers scope may include turnkey projects, designed to comply with our client’s specifications and environmental authority regulations.

We have supplied Thermal Oxidisers to the oil and gas, chemical, automotive, medical, pharmaceutical, food, minerals and metals industries.

Heat from the exhaust of a Thermal Oxidiser can be recovered in a Waste Heat Recovery Unit, energy can be utilized in the form of heat transfer fluids – oil, water, air and to raise steam.

A Gasco RTO can provide average thermal efficiency of up to 95+% and use about 20 times less fuel than a TO with no heat recovery. In some applications the VOC present in the waste gas stream may enable the Gasco RTO to operate without any supplementary fuel gas (except at start up). Destruction efficiency of up to 99.5+% is achievable. The gas-fired heaters consist of two concentric helical coils which has the advantage of:

The burner can be selected to suit the application: the types of fuel – gas, oil, heavy oil, timber and turndown. The flame shape is carefully matched to the coil configuration. Typical efficiency with air preheating can range up to 88 per cent depending on thermal fluid outlet temperature, fuel, and atmospheric conditions.

Each heater has a pre-wired control panel that ensures safe and efficient operation of the heater.

As well as supplying heaters, we can provide skid mounted units that incorporate primary and secondary pumps, expansion tanks, stack and drain/fill tanks.There are a myriad of applications that are suitable for hot oil heating.

Gasco can supply a stand-alone heater or a total engineered package to suit any or all of the above applications. Turnkey bitumen heating is a specialty. Gasco designs and builds skid-mounted equipment to meet client needs as well as Australian and international standards including: AS1210 AS4140, ASME B31.3, API 12K, etc.

Instrumentation and controls are normally part of scope and skids are prewired and functionally factory acceptance tested (FAT) before leaving our workshop.

Multiple skids may be trial interconnected and tested before disassembly for transport. Additional features may include hot or cold insulation and heat tracing. 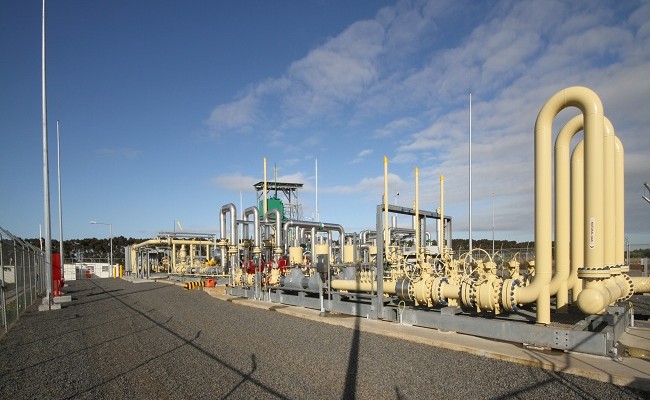 Gasco can provide for either individual pieces of equipment or supply a complete turnkey operating system for either a new application or modifying an existing plant.

Our range of services includes:

Gasco is a licensee of ERK, Berlin, Germany for their world famous Corner Tube Heat Recovery and Steam Generators and Boilers.

To date over 6,000 ERK boilers, HRSGs and high temperature recuperators have been supplied worldwide.

HRSG – Heat Recovery Steam Generators
There are a form of waste heat recovery often applied to the exchange of gas turbines to recover energy as high pressure steam. Frequently the GT exhaust is augmented with additional heat input using supplementary firing using in-duct burners between GT and HRSG. HRSGs are usually used to provide steam to steam turbines for power generation. This is known as Close Cycle Power Generation (CCPG). 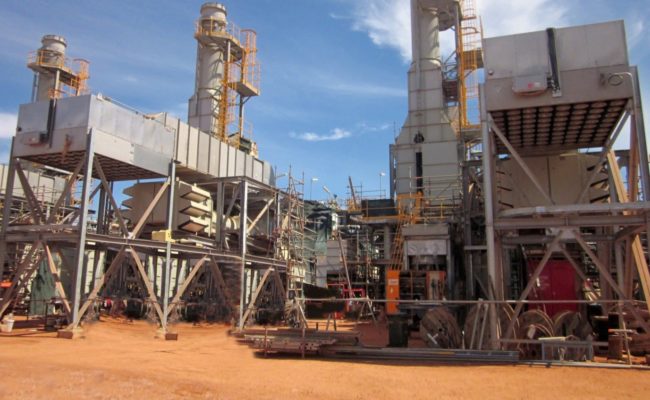 Our holding company has been fabricating heat exchangers, fin fan cooler and pressure vessel for major processing industries in Indonesia and overseas for more than 35 years. We offers fabrication of shell and tube heat exchanger, fin fan cooler, pressure vessel and other processing equipment manufactured in accordance with ASME Code Section 8 Division 1.

Enjoying our strong sourcing capabilities in combination with up to date know-how and state of the art production facilities, we are able to provide heat exchangers, air cooler and pressure vessel in a wide range of materials and operational conditions according to customer requirements and specification. Thousands of our factory’s product can be found in Oil Refineries, Chemical plants, Petro-Chemical plants, and Pulp and Paper Mills through out Indonesia.

These companies have come to rely on our reliability in proposals, fabrication, service, and commitment to on-time delivery of quality and cost effective heat exchangers and fin fan cooler.

We can perform virtually any heat exchanger/air cooler retubing or maintenance in the field or in one of our plants. 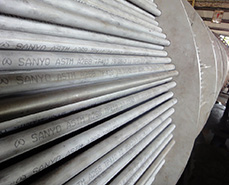 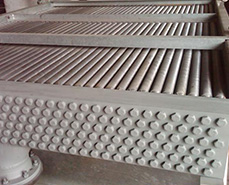